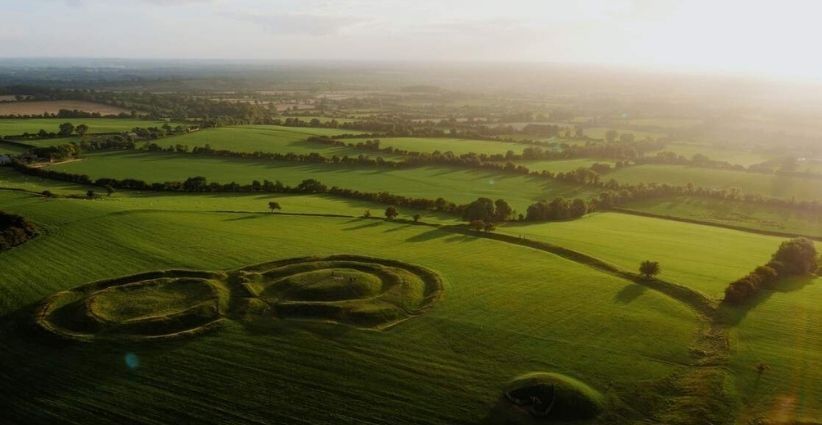 Original Irish Hotels are perfectly situated for visitors to experience over 5,000 years of heritage

A visit to Ireland is a blend of everything old and new.

As you land in Dublin's ultra modern airport, you're not a half an hour's drive from the seat of our ancient High Kings on the Hill of Tara. In Ireland, history is always within arm's reach.

In the golden era of heroes and villains, invasions and insurgencies, Ireland was known as the Island of Saints and Scholars. Beyond the skyline of global headquarters of tech giants and major financial corporations lie the ancient tombs of kings, medieval castles and the other stuff of stories.

In Ireland's many bookshops, the shelves of history books groan under the weight of our shared past, written by the scholars who love this land.

As Ireland commemorates the founding events of our State a century ago, we have to remember that as dramatic and defining the War of Independence and the Civil War were, that there's an even rich and more eventful history which lies further in the past that is worth exploring. 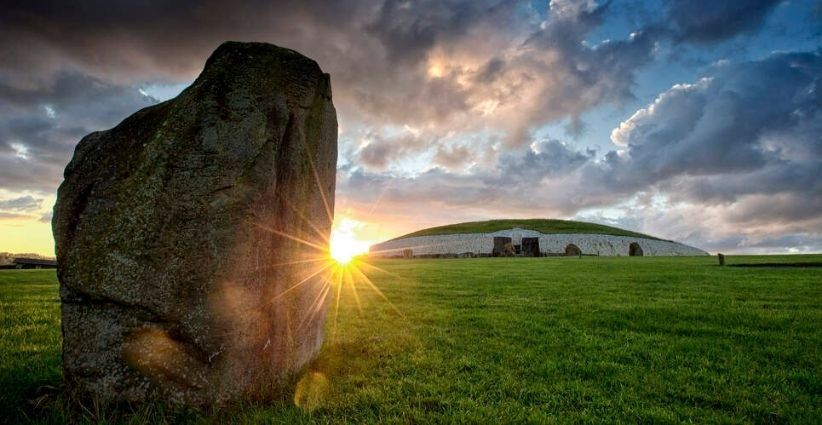 Illumination on the Winter Solstice

The Hill of Tara is where the High Kings ruled Ireland and it was here that Laoghaire, the last Pagan monarch, saw a fire being lit on the nearby Hill of Slane on the feast of Eostre (our Easter). It was Patrick, the man credited with bringing Christianity to Ireland, who lit that fire and it certainly got the attention of Laoghaire and, thanks to him, the people of Ireland.

From Tara you can see Sliabh Gullion to the North East, where Cú Chulainn and his Red Branch heroes roamed. Look to the South East and you will see Howth Head, or Binn Éadair, where Fionn and the Fianna would repel the many attempts at invasions by foreign pretenders.

You can also see Newgrange on the banks of the Boyne, the ancient burial complex where an underground chamber is illuminated on the Winter Solstice. Now, it's home to a state of the art interpretive centre and museum.

If you listen on a quiet evening you may hear screams from the Chulainn roller coaster at Tayto Park, a great place for family fun. Enjoy the rides, visit the zoo or grab a tour of the Tayto factory, where Ireland's favourite potato crisp is made.

The M3 motorway, connects Dublin with the North West where another of Ireland's most famous saints spent the early years of his life. Colmcille, or Columba, was born at Gartan near Letterkenny in Donegal in the sixth century and trained to be a priest at Clonard Monastery on the banks of the Boyne.

A prince by birth and great grandson of Niall of the Nine Hostages, the man who brought Patrick to Ireland, Colmcille provoked a tribal war which led to his banishment from Ireland to the Scottish island of Iona.

Apart from provoking a tribal war, his saintliness is still inspirational and pilgrims still follow a trail from his birthplace to Glencolmcille and onward to Derry and to Scotland to honour his memory. 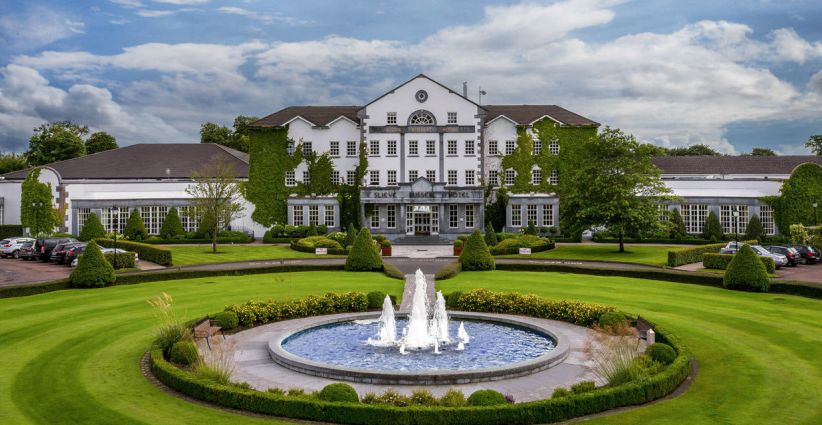 Relax and refresh yourself

A saint like Colmcille may have done without creature comforts, but you don't have to. There are a number of hotels and resorts in the region where you can continue exploring from a base of luxury.

At the Slieve Russell Hotel, Golf and Country Club in County Cavan, you will be able to relax and refresh in a plush four star establishment. Not far away is the Cabra Castle Hotel which is, as the name suggests, an 18th century castle decorated to 21st century standards of opulence. Surrounded by a 100 acre estate of beautifully manicured gardens and parklands, this is a place you can simply take it easy. 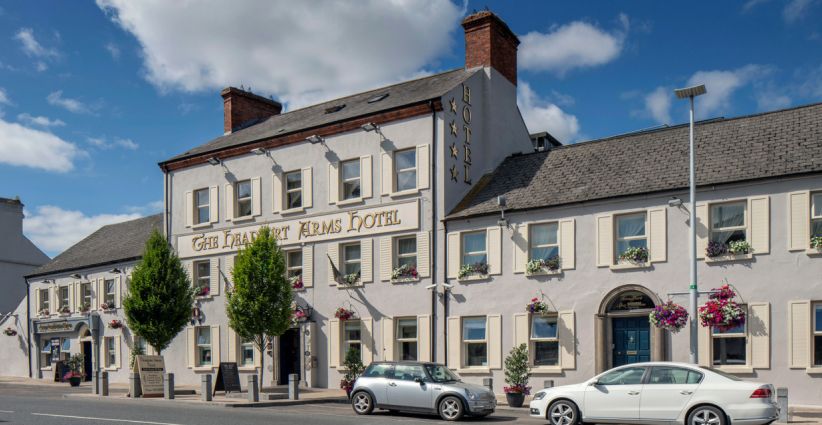 You won't find the Book of Kells, an ancient illuminated manuscript of the Four Gospels of the Bible, in Kells any more. To the townsfolk's chagrin, it's on display in Trinity College in Dublin. However, you will find the very friendly and comfortable Headfort Arms Hotel.

There's plenty to do, with the Brú na Bóinne UNESCO site as well as the Kelltic Bar and the mouthwatering Vanilla Pod restaurant. Try the Headfort Spa Rooms or visit the nearby 36-hole golf club.

St Brigid, Ireland's female patron saint, was born nearby in Faughart, County Louth, but spent her life as an Abbess in County Kildare. She is reputed to have asked the King of Leinster for a piece of land no greater than her cloak to build her monastery. He agreed and she laid her cloak on the ground and soon it extended far beyond the king's view. More than a millennium after her life, she is still remembered and adored by the people of Ireland. 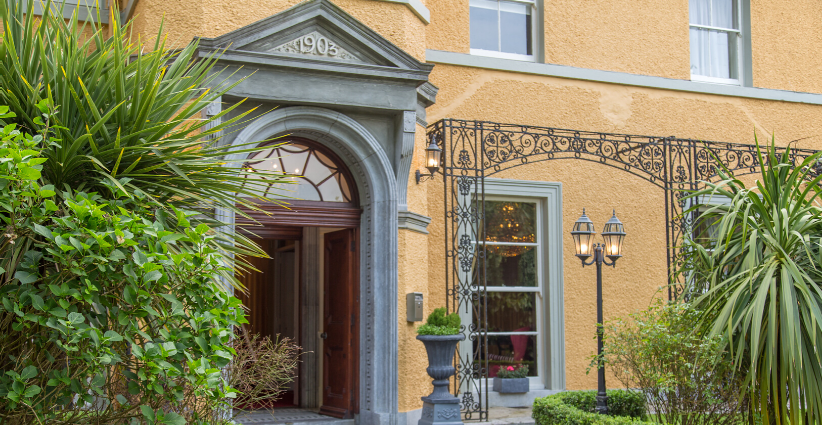 Brigid isn't Ireland's only female saint. In County Cork, in the gaeltacht village of Baile Mhúirne, Gobnait built a monastery and was hailed for her miracles and her stout defence of her people against invaders.

This is an area where road bowling is still a competitive sport: but none can compete with Gobnait, who laid waste the invader's fortress with a bowl which is encased in the wall of the old temple where she made her church. It's now a graveyard where many of Ireland's most famous poets and musicians are laid to rest. 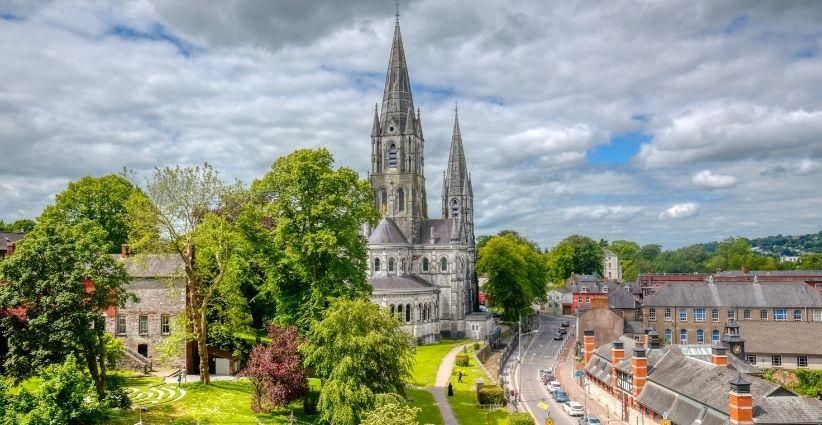 In Cork City itself, St Fin Barre's Cathedral is where the city's patron saint had his monastery. Now the Church of Ireland dioscescan seat, it boasts a golden angel with a trumpet on its eastern facade. If you should hear that trumpet sound, it means the End of the World is nigh!

You can't go anywhere in Ireland without encountering legends of saints, scholars and sinners who have left their mark on this country and its people.

Why It's Time To Try Ireland's Word-Class Golf Hotels

Discover The Magic That Ireland's North Has To Offer

Explore Ireland Through The Beauty Of Boutique Hotels