When the time comes to leave the dreary everyday behind, why not take off for a short break in one of Ireland’s many castles?

Homes of Ireland’s former aristocracy have been carefully updated to cater to the needs of today’s holiday makers of discernment – in particular, couples and families who want to experience style and elegance of the lords and ladies who once inhabited these great castles.

Imposing exteriors with towers, turrets and all the refinements of former fortresses disguise tastefully furnished and decorated interiors, where everything is to the highest modern standards and where no expense is spared in generating the ‘wow’ factor for visitors.

This is what it felt to live ‘upstairs’ in bygone days – and it's all set against the backdrop of spectacular Irish scenery and greenery.

Fit for a kingdom 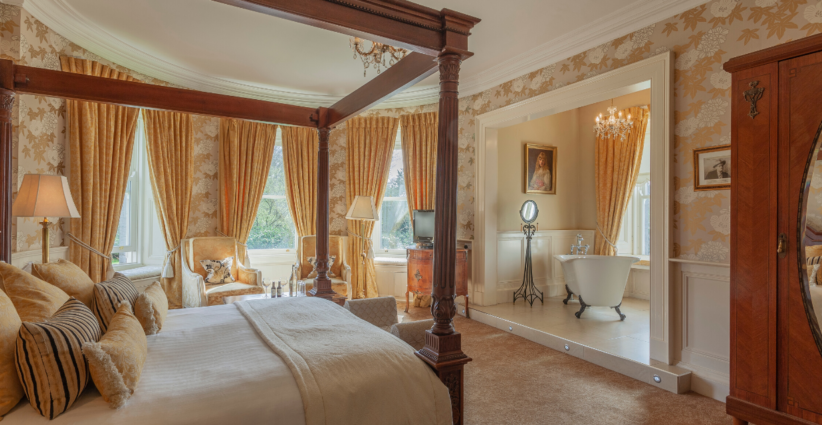 It should come as no surprise either that there are magnificent castles in the Kingdom of Kerry in Ireland’s south west. Here in the historic south Munster realm of Desmond, you will discover Ballyseede Castle Hotel – a venue which is conveniently located between the Dingle Peninsula and Killarney, with its spectacular National Park and world class golf course.

Steeped in history, if the ivy-adorned walls of this building could talk, they would tell a tale or two. Visitors to the castle will tell of being royally greeted by our magnificent pet Irish wolfhound, Mr Higgins, the friendly service and welcoming ambience and the real sense of luxury in this boutique castle hotel.

A comfortable bar stocked with the finest whiskeys and gins, four-poster beds in the bedrooms, colourful and delicate bone china in the tea service – all the hallmarks of excellence in a venue where the staff are totally dedicated to catering to your needs. 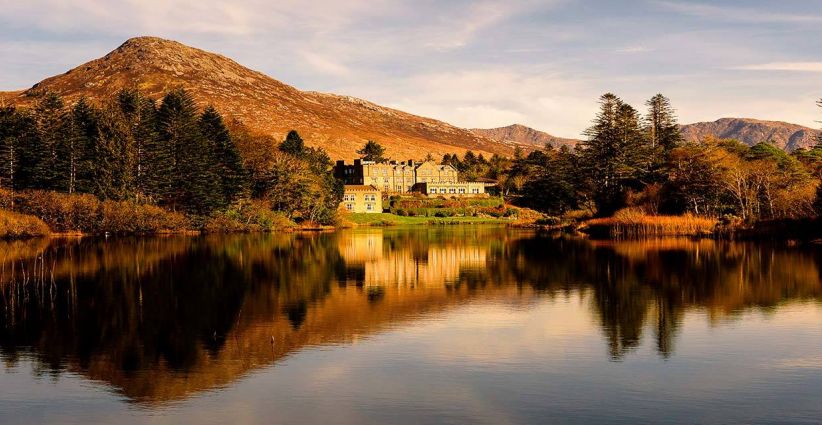 Heading northwards along the Atlantic coast, you'll soon discover another of Ireland’s great castle hotels. Nestled in a 700-acre estate of ancient woodlands overlooking meandering rivers and incorporating romantic walks is Ballynahinch Castle Hotel which has gained global renown as a location for the pursuit of sport such as angling and hiking – and was voted one of the Top 5 Hotels in Ireland by Condé Nast 2019.

True Irish hospitality is the calling card of the hosts at Ballynahinch who will spare no effort to help the visitor make the most of their castle holiday at this beautiful location.

Don’t forget you’re within an hour of the arty hotspots of Galway, home for the next year of the European Capital of Culture and destined to reveal itself as a global cultural destination with some of the hottest musical and artistic performers heading westward for the year’s festivities. 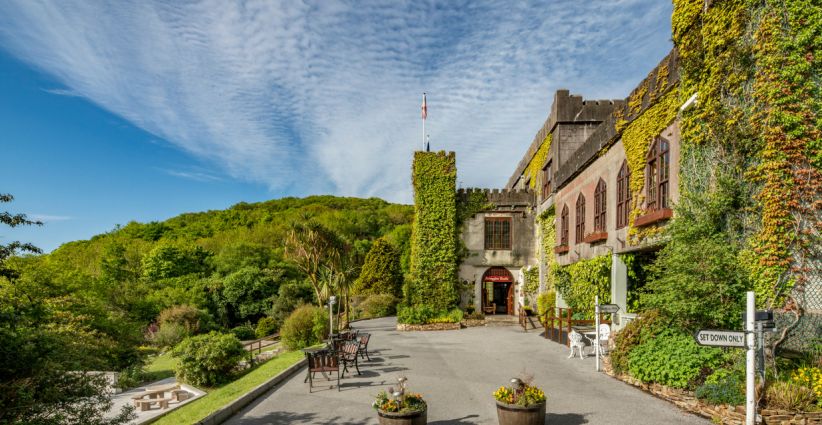 Travelling through Connemara, it’s difficult not to be in a continuous state of exhilaration so breathtaking are the vistas of mountains, lakes and coastal cliffs which are along the route.

And thus you don't have to travel far to find yet another gem. The view of magnificent mountains and the rolling waves from Abbeyglen Castle Hotel is only surpassed by the friendly service and superior comfort inside its fortified walls.

Four poster beds in the bedrooms, top-class restaurant entertainment around the piano and beautifully appointed drawing rooms make a stay in Abbeyglen a must when you’re west of the Shannon.

Take a walk along a Connemara beach or a hike along the Twelve Bens or go for a game of golf in the nearby courses – however you want shake off the cobwebs, the options are all available here. And end the day in the opulence of this superior castle hotel. 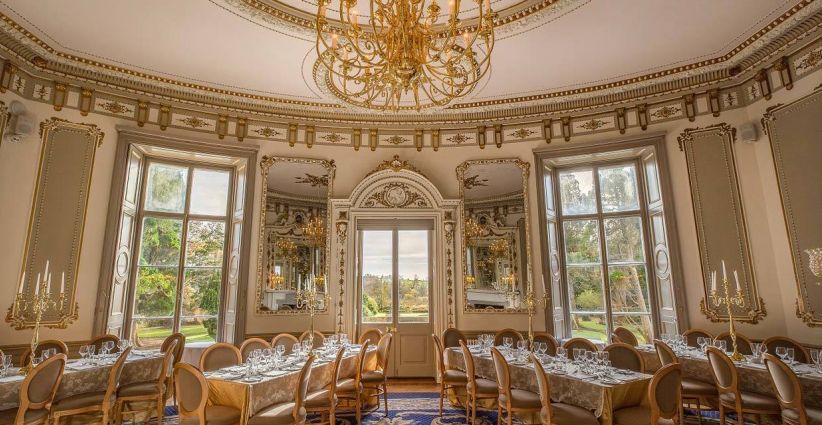 Through Cong where the iconic Quiet Man was filmed with John Wayne and Maureen O’Hara, and to Mayo where you can visit the Céide Fields, an ancient Celtic settlement from the same era the Egyptian pyramids were being built.

If ever there was a castle that fitted the storybook image from our our childhood, Markree Castle in County Sligo on the Wild Atlantic Way fits that description. At every stage of its recent renovation the character and history of the Markree have been protected during the restoration and the result is spectacular.

Set in beautiful gardens (and with access to the magnificent Ben Bulben and Rosses Point beach nearby) this castle is an ideal base for your foray into Ireland’s north west.

People arriving at Ireland’s airports often remark at the crane silhouetted against the city skylines as an indicator of the country’s increasing modernity.

A quest beyond the metropolis will find a treasure trove of luxurious Irish castles, from which you can base your further exploration of this ancient and magnificent land.