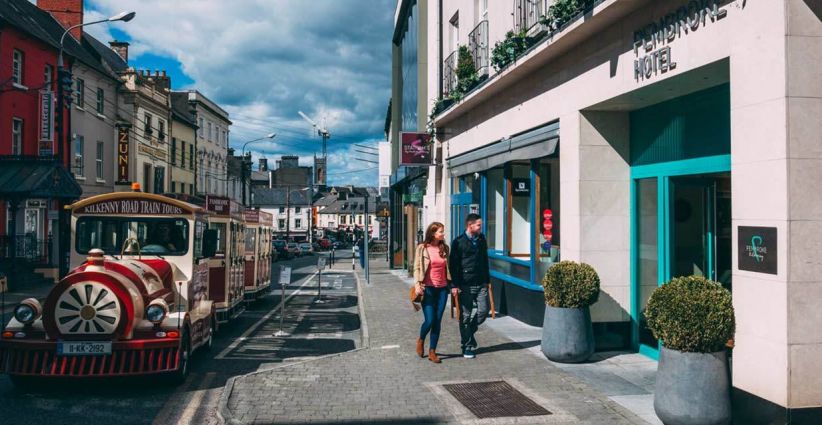 When considering your Irish odyssey, it's well worth your while to map out a lap which not only includes some of the country's most historic and iconic locations but also affords you the opportunity to explore the hidden treasures that are its boutique hotels.

These are the ideal venues in which you can add a touch of adventure to your vacation, a bit of magic to your holiday of a lifetime. Luxurious, situated in the midst of spectacular scenery and welcoming, you could find yourself in a magnificent castle, a lakeside lodge or in the town centre of one of Ireland's cultural hotspots.

From the harbour town of Dingle, a venue for the eclectic Other Voices Festival, a Mecca for music lovers all over the world, to the Sligo country side in the shadow of fabled Ben Bulben; from the medieval city of Kilkenny to the seashore haven of Baltimore, this is an opportunity to turn your lap of Ireland into a lap of luxury, a true escape from the everyday humdrum.

The tragic last act of the ancient love story of Diarmuid and Gráinne was played out on the slopes of Ben Bulben. The hero Diarmuid was on a hunt with Fionn and the Fianna. He was gored by the legendary and fearsome boar of Ben Bulben.

Fionn, who was to have married Grainne before she placed a spell on him to elope, could have saved him by giving him a drink of water from his hands - but thrice he let the water pour through his fingers rather than save the life of the man he had not so long before pursued the length and breadth of the country in search of his wife to be.

Legends of this scale form the backdrop of your holiday in Sligo's Markree Castle Hotel, an estate which has its own dramatic history. Back when King James was defending his throne from William of Orange, it was occupied by the Catholic Army. After the Battle of the Boyne when William was triumphant, it was reoccupied by the Cooper family. It has another claim to history as in the 1830s, it was home to the world's largest retracting telescope in the most richly furnished observatory. What today is known as the asteroid 9 Metis was discovered there in the 1840s by the Coopers' observatory staff. 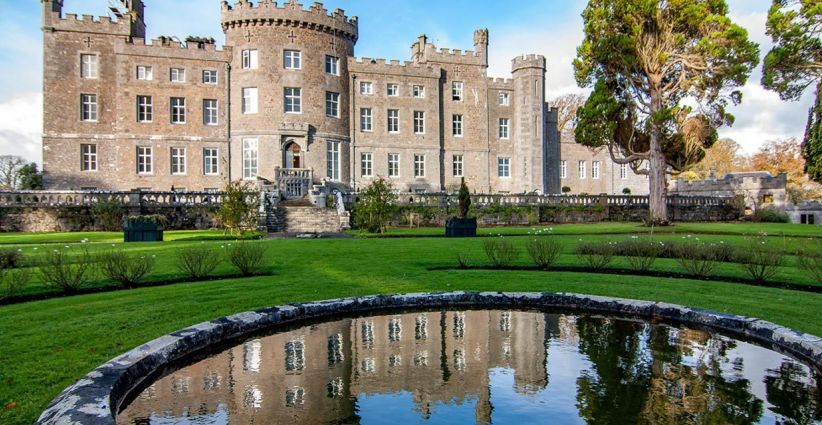 More ancient than the Pyramids of Egypt

Re-opened as a hotel in 2007 as a hotel, this partially moated castle has been renovated with love and care and is once again the epitome of elegance and opulence. The quality of service matches the palatial interior making Markree Castle Hotel one of the foremost venues for weddings and other celebrations and one of Ireland's finest historic homes.

There's so much to see in Mayo, from the Céide Fields on the northern coast, more ancient and remarkable than the Pyramids of Egypt, to the historic pilgrimage mountain of Croagh Patrick to the west, overlooking Clew Bay and looking towards the Atlantic island of Achill. To the south you have the Famine Road in Doolough. In the middle of all that you have the town of Westport, famous for its traditional music.

Click Here to find out more about Markree Castle 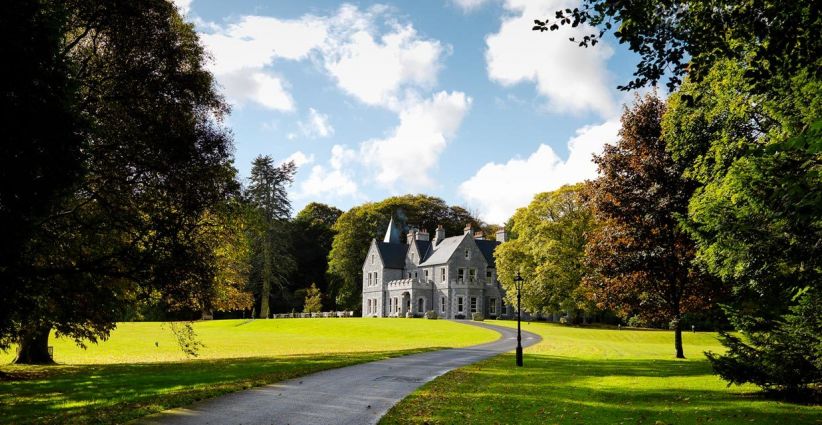 An ideal location from which to explore all that Mayo has to offer and a luxurious location to relax for a few days, Mount Falcon Estate is set in the heart of 100 acres of woodland. More welcoming still is the roaring turf fire in the hearth.

The hotel's award-winning restaurant, The Kitchen, is renowned for its fresh vegetables and locally sourced meat and fish, cooked to gourmet standards while the leisure centre and spa are ideal hideaways in which to spend rejuvenating for the day's adventures.

Continuing southwards along the Wild Atlantic Way and there is no location which best exemplifies that route's sense of possibility more than the west Kerry port Dingle or, in the native Irish, Daingean Uí Chúis/Hussey's Fort. This is a town which knows how to welcome visitors and its pubs are the haunts of some of Ireland's best traditional musicians. For a joyfully riotous weekend every November, the town plays host to some of the world's best up and coming musicians in the Other Voices festival. It's here the talents of singers like Amy Winehouse and Ellie Goulding have first been revealed to the world.

When Amy Winehouse stayed in Dingle, it was in Dingle Benners Hotel on the town's sloping main street. In this charming hotel, with its old-world ambience, you can relax in comfort in Mrs Benners Bar or head out into the streets and enjoy touring hostelries famous for entertaining Hollywood stars such as hellraiser Robert Mitchum, who was in Dingle to film Ryan's Daughter, or latter-day heartthrob Tom Cruise who filmed Far & Away nearby.

Go west along the Slea Head Drive and be prepared to have your breath taken away as you reach Dún Chaoin and see before you An Blascaod Mór/The Sleeping Giant. On a sunny day, as the Blasket Sound glistens like it were a sea of flashing diamonds, it's a view which will be etched in your memory forever.

All roads to Baltimore on the southern coast of West Cork are proverbial scenic routes. You can get lost in the most spectacular countryside or you may just stop off in a roadside pub and spend a little more time than you intended getting to know the locals. Be careful - or you might end up like so many people who have come as visitors to this part of Ireland but ended up never leaving, people like Oscar winners Jeremy Irons or film producer David Puttnam. 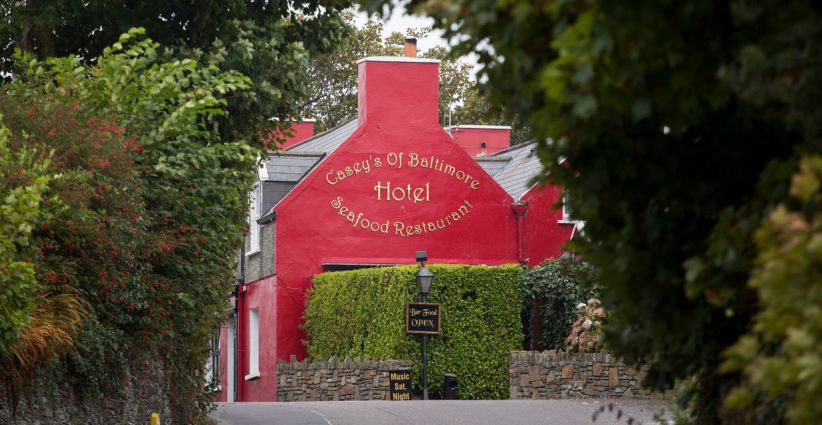 Like Dingle, Baltimore is a fishing port where fresh fish from the Atlantic are landed daily and within brief seconds are being distributed worldwide. When you visit the charming village, you have a choice of restaurants in which to enjoy the freshest of fare cooked to international standards.

In Casey's of Baltimore and Seafood Restaurant, you will wake in the morning to have your senses invigorated by the breathtaking view out to sea. The cosy comfort of the accommodation is a prelude to the fresh vegetable, home-cooked bread, newly landed fish and beer brewed on-site on offer in the restaurant. Casey's Pub is another one of those hostelries famous for its traditional music - all in all, you may as well call this heaven.

If you can bear to tear yourself away from west Cork, it's on to one of Ireland's oldest and most cultured cities we go. Kilkenny is a land-bound county but don't let that put you off visiting this medieval metropolis. It was in the city's impressive castle that the Statutes of Kilkenny were enacted in 1367, an effort by the English King to stop the Normans becoming more Irish than the Irish themselves. 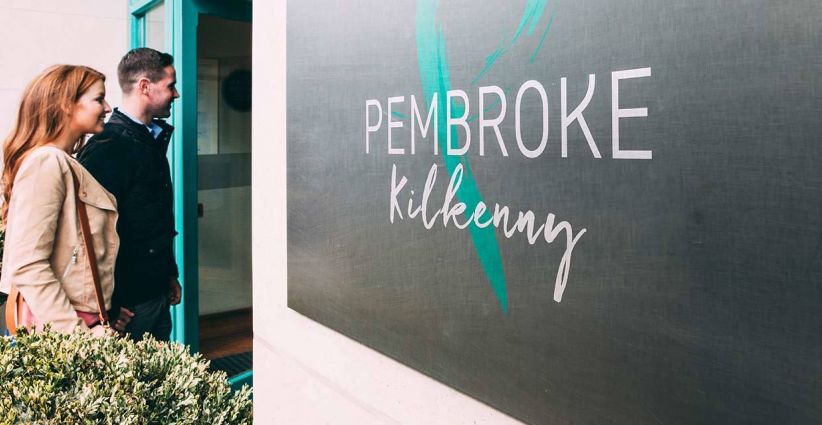 Arts among the ramparts

Kilkenny is home to Ireland's oldest ale, Smithwicks, and a trip to the brewery is well worth an hour of your time in the city. The city plays host to an internationally acclaimed arts festival each August, an extravaganza which features concerts in the cathedral, al fresco arts exhibitions and stunning theatrical performances.

There's no better location in which to base yourself to enjoy all this and so much more than the centrally located Pembroke Kilkenny. As you enjoy your morning coffee, you can look out to the street and see the ramparts of the impressive castle. Here in contemporary comfort, you will be well looked after by the friendly team.

You need go no further but if you wish, you can explore further in this historic county, which has hosted Ireland's premier hurling trophy, the Liam McCarthy Cup, more often than any other county, or head to the nearby coastal havens of Waterford and Wexford.

Holidaying around Ireland is a thrilling and enriching experience - and you should avail of the opportunity to stay in some of the most unique and welcoming accommodation you will find anywhere on your travels, our boutique hotels.

Our 56 hotels are dotted around the entire island of Ireland in must-see locations, from the Wild Atlantic Way, to Ireland’s Ancient East, the Causeway Coast, Dublin and the treasured heartland of Ireland’s midlands and lakelands.

Waterford And Kilkenny Are Waiting To Be Discovered

How To Explore Ireland's Natural Beauty On Foot