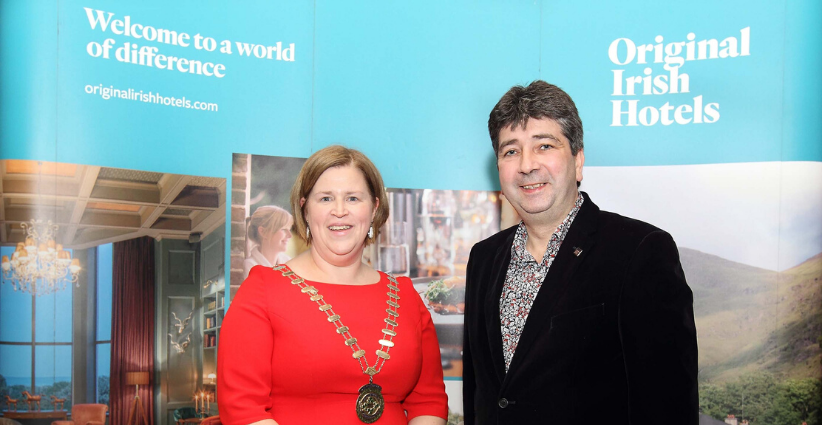 We are delighted that Elaina Fitzgerald of Fitzgeralds Woodlands Hotel In Adare, a long standing member of Original Irish Hotels has been appointed to the Tourism Recovery taskforce. Elaina is the president of the Irish Hotel Federation and will be an excellent hotel representative on the taskforce

Elaina Fitzgerald Kane, Director of Fitzgeralds House Hotel and Spa and President of the Irish Hotels Federation has been appointed by Ministers Shane Ross and Minister Brendan Griffin TD to the Government’s Tourism Recovery Taskforce which has been charged with spearheading the economic recovery of Ireland’s tourism sector after the devastating effects of Covid-19.

Commenting on her appointment, Ms Fitzgerald Kane said “I am delighted to be appointed and look forward to contributing to the development of a comprehensive and speedy plan for the recovery of the tourism industry, which is so important nationally, including here in the Mid-West.”

Elaina’s parents, Mary and the late Dick Fitzgerald started a bed and breakfast business, which has grown into the award-winning 4 star Fitzgeralds Woodlands House Hotel & Spa that exists today. Elaina works side by side with her mother Mary, her three brothers David, Conor and Richard, her niece Kerry and her sister in law Orla as well as with an extended team of 200.

“I am keenly aware of the important role that tourism, including hotels, can play within local communities as well as to the national economy. This year my family celebrates 37 years in business. We are privileged to work with multi-generations of families, whole households, with team members from new entrants to the hospitality sector right up to more senior team members. Hotels like ours across the country also support local suppliers and their communities.”