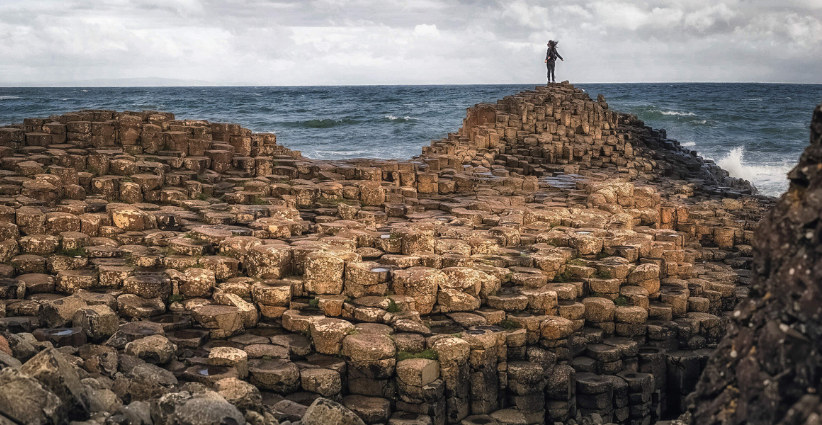 According to legend, there was an ancient battle between a giant of Irish mythology, Fionn Mac Cumhall or Finn McCool, and his Scottish rival, Benandonner, who was threatening Ireland.

An enraged Finn grabbed chunks of the Antrim coast and threw them into the sea to follow and teach Benandonner a lesson.

Or the unique interlocking volcanic columns, over 40,000 of them, were the result of an eruption of lava which, when cooled, turned into the World Geopark landscape we see today.

Whichever version of the story which led to the creation of the Giants Causeway you choose to believe, there's no denying the spectacular vista which greets you when you arrive at Ireland's north eastern corner.

The Causeway is Northern Ireland's only UNESCO World Heritage site but it's little wonder that it has achieved such a unique status as apart from its staggering beauty, this is a portal to the country's most ancient past.

When travelling along the coast from Belfast to the Giants Causeway you will be driving a spectacular route which includes picturesque villages, a few formidable fortresses in Carrickfergus and Dunlewey and, as if Ireland didn't have enough real history, several of the locations were used for the filming of the global epic Game of Thrones. 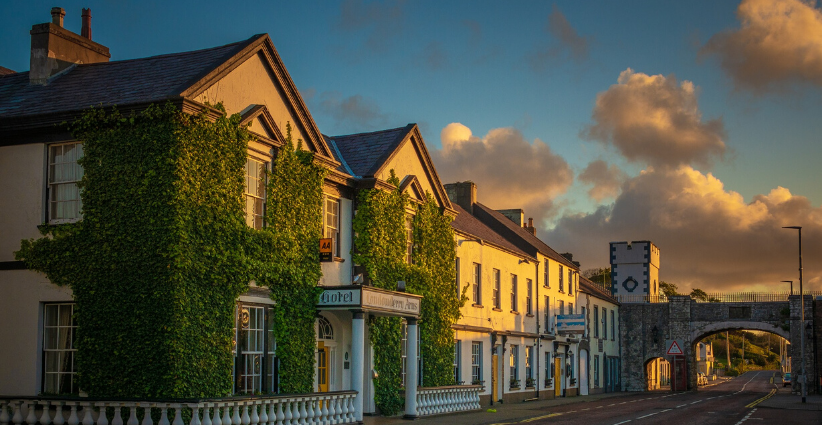 The Londonderry Arms Hotel in Carnlough is ideally located for a first stop on a trip to the afore mentioned Causeway, or the Carrick-a-Rede bridge, or the Gobbins, the enclosed cliff walk on Islandmagee. It is a gastronomic highlight on the coastal route. An establishment with its own history - it used to be owned by former British PM, Sir Winston Churchill - the Arms is renowned for its warm welcome for wayfaring visitors. 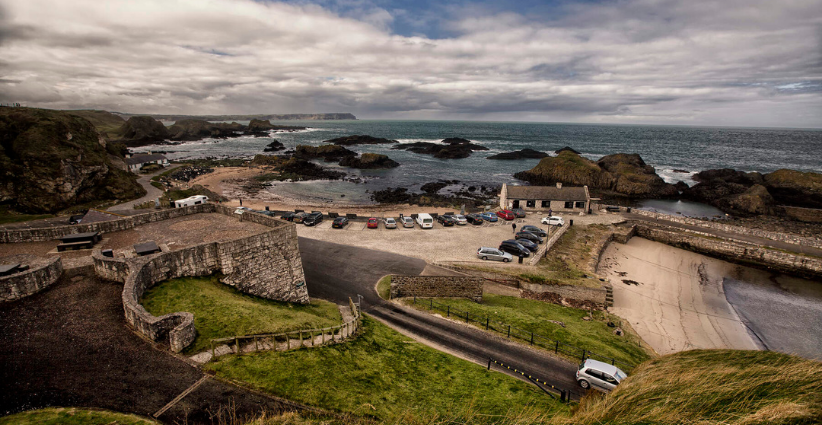 Along the causeway coast is where you can find the Iron Islands of the Greyjoys in Ballintoy Harbour, Winterfell, the home of the Starks, is in Castleward while Dragonstone was set in Mussenden Temple.

As you travel around the Antrim coast there are some must visit sites to see and experience. The Carrick-a-Rede rope bridge connects the cliffs at Ballycastle with an island which is home to one fisherman's hut. It's suspended 100 ft over the sea and the view from the bridge over the surrounding seascape and the waves crashing against the rocks below is breathtaking.

The Brown Trout Golf and Country Inn makes for a great base in which to explore the area and is well named as it has a special welcome for fishing fans and golf enthusiasts. It has its own nine hole golf course to perfect your swing before you head on to Portrush and if fishing is your fancy, the knowledgeable staff will guide you to the best spots to cast your line. When the day's sport is done, come back to this welcoming establishment and relax by a roaring fire before you enjoy a meal in the hotel's fine restaurant.

If you marvelled at the golfing feats of Shane Lowry as he conquered Royal Portrush during the Summer to claim the British Open title, you have a great opportunity to follow in his illustrious footsteps while on the north Antrim coast. As well as the world ranked Portrush and Castle Rock, you have golf courses in Rathmore, Port Stewart, Ballyreagh - all within driving range of one another. This is golf heaven. 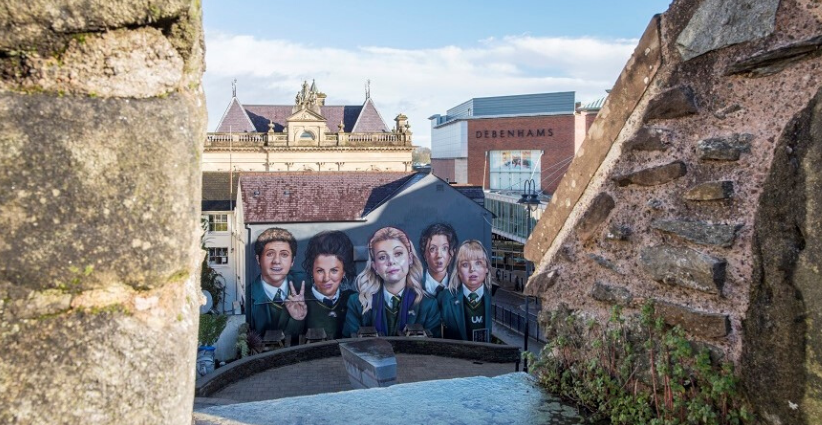 More notably it's also a good base for a trip to Bushmills, home of the eponymous distillery. Here you will be given a fascinating insight into the care it takes to make the finest of Irish whiskeys or uisce beatha/the water of life. There's also an opportunity to taste the famous spirit - it might be worth considering travelling with a designated driver if you're a person who likes a glass - or two - of whiskey.

Continue your travels to the west and in reality, there are several worlds to explore in this corner of Ireland and Beech Hill Country House not far from Derry is a location which appears it could have been a backdrop for the dramas of Westeros.

Palatial comfort awaits you within with regal four poster beds and an elegant lounge in which to enjoy afternoon tea and a restaurant which overlooks the walled garden and in which you will be served locally caught fish and finely prepared meals using the freshest ingredients from farmers nearby.

Not being far from the Maiden city of Derry, itself the location for the award winning comedy, Derry Girls, the opportunity presents itself to visit this historic city, with its famous walls, which you can walk around and view the surrounding hinterland. Here in 1689 thirteen Apprentice Boys closed the gates and repelled the Jacobite forces which threatened to occupy the city on the banks of the Foyle. 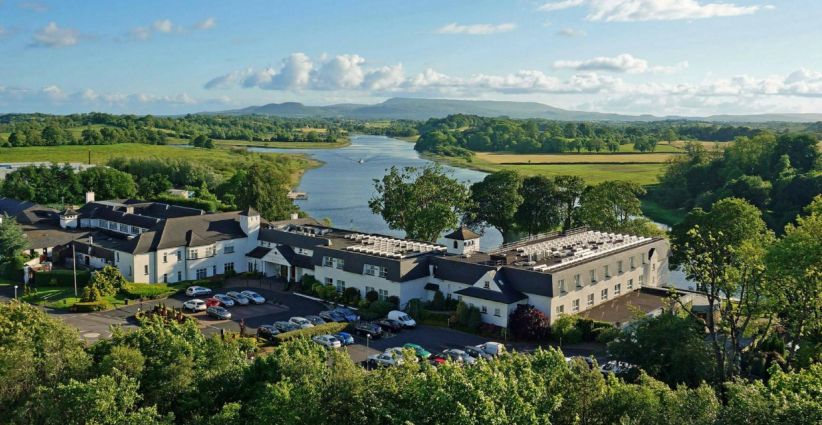 Travelling inland from the coastal route, it's well worth your time to visit Ireland's own lake country, in the county of Fermanagh. Here on the banks of Lough Erne, you will find a sense of peace and tranquility which inspired poets like Seamus Heaney and Louise MacNeice as well as the local Irish language bard of an older time, Cathal Buí Mac Giolla Gunna. He wrote the Song of the Yellow Bittern which laments the lack of refreshment for the bird during the winter – it also is an allegory for the poet's unquenched thirst.

As you explore further, you will find the Marble Arch cave complex, which is a fascinating natural underworld of rivers, waterfalls, winding passages and lofty chambers where stunningly beautiful cave formations glisten all around.

In nearby Enniskillen, the Killyhevlin Lakeside Hotel and Lodges, is an idyllic haven for the holiday-maker. Here you have a leisure centre and spa, fine dining options in two on site restaurants and a lakeside view you find difficult to surpass, and all in the luxurious surroundings of this beautifully located hostelry. 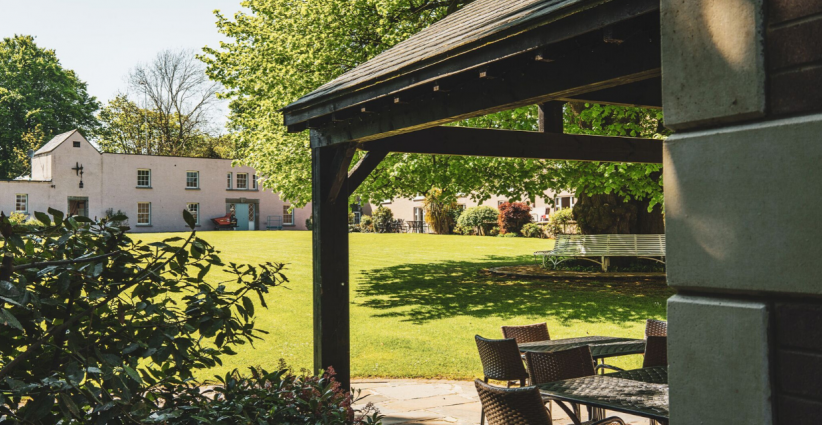 We haven't even mentioned Belfast yet! Northern Ireland’s dynamic capital city is with buzzing culture and industrial prowess. Whether you’re exploring the restaurants of the Cathedral Quarter or visiting the birthplace of the world's most famous ship, The Titanic, there is something for everyone.

Located only 15 minutes away from Belfasts City Center is The Dunadry Hotel and Gardens with its idyllic rural setting it’s easy to feel miles away, but in reality getting to Northern Ireland’s main attractions couldn’t be more convenient.

The challenge and the pleasure of a trip to Northern Ireland is to fit in its many attractions in one or several holidays. There's so much to see and discover in this part of Ireland which has its own character and charm.

As to the battle between Fionn and Benandonner, Ireland's hero ran over to Scotland using the Causeway but found that the Scottish giant was too gigantic to handle. But there's another twist in the tale which you will need to find out for yourself when you come here.

Take Away from Original Irish Hotels